Fundamental rules of nature, such as the speed of light and general information theory, set significant limits on the maximum performance we can obtain from traditional system architectures. Learn how you, as a Java developer, can improve performance by orders of magnitude using in-JVM-technology and Java Streams. 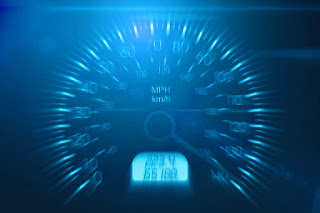 If, for example, the application server and the database server are located 100 m apart (about 330 feet), then the round trip delay imposed by the speed of light is slightly north of 600 ns. More importantly, due to TCP/IP protocol handling, a single packet round-trip delay on a 10 GBit/s connection can hardly be optimized down to less than 25 us (=25,000 ns) despite resorting to black belt tricks such as custom kernel builds, busy polling and CPU affinity.

In this article, I will show how we can create Java Streams directly from RAM using in-JVM-memory technology. We will use the Stream-based Java ORM named Speedment that can perform data analytics using standard java.util.stream.Stream objects and how some of these streams can be created and completed in under 200 ns which, surprisingly, is only about two times the latency of a CPU accessing 64-bit main memory. 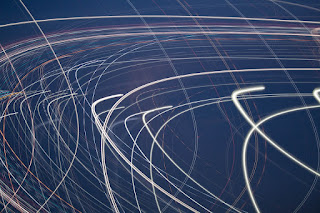 200 ns is more than 125 times faster than the theoretical minimum latency from a remote database (100 m) whose internal processing delay is zero and where a single TCP packet can convey both the query and the response. In real time scenarios, databases’ internal processing delay is never zero and both queries and results are often sent in several TCP packages. So, the speedup factor could be 1,000 times or much more in many cases.

In the examples below, we are using data from the Sakila database content for MySQL. Sakila is an example database that models a movie rental store. It has tables called Film, Actor, Category and so on and it can be downloaded for free here. It should be noted that this is a small database but, as it turns out, many of the Speedment stream operations are O(1) or O(log(N) in terms of complexity, thereby ensuring the same speed regardless how big or small the data sets are.

First, we need to configure our pom.xml-file to use the latest Speedment dependencies and Maven plugin. The fastest way to do this is to generate a pom.xml-file using the Speedment Initializer that you can find here. First, choose the database type “MySQL” and make sure the “In-memory Acceleration” is enabled and then press “download”, and you will get an entire project folder with a Main.java-file generated automatically for you. 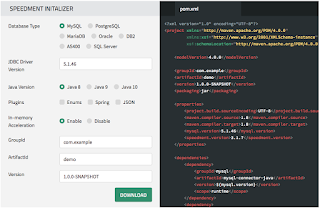 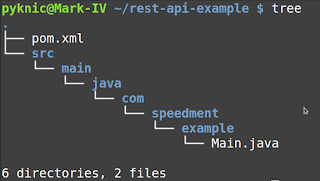 Next, unpack the project folder zip file, open a command line, go to the unpacked folder (where the pom.xml file is) and enter the following command:

Next, connect to the database and get started: 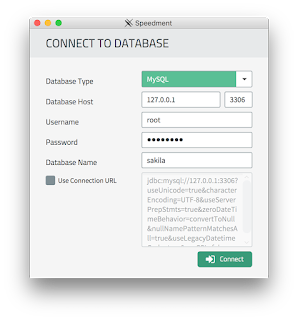 When the schema data has been loaded from the database, the complete Java domain model can be generated by pressing the “Generate” button.

In order to work with Speedment, you first need to create a Speedment instance. This can be done by using a builder that was automatically generated together with the domain model in step 2. Open the Main.java file and replace the code in the main() method with this snippet:


As a demonstration of basic functionality, we will first write an application that just prints out all films:


The code above will produce the following output (shortened for brevity):

Speedment streams support all stream operations including filters. Suppose we want to filter out only those films that are longer than 60 minutes and count how many occurrences we have. This can be accomplished like this:


This will produce the following output:


Any number of filters can be applied to a stream and the predicate supplied to a filter() method can be composed using and() / or() operators.

So far, we have not seen any performance figures. We are going to use JMH for benchmarking in this article. JMH is a Java harness for building, running, and analyzing benchmarks written in Java and other languages targeting the JVM.

There are two stream types we are going to use for performance measurements:

The following code extract shows the benchmarks we are about to run:


The following setup was used for single threaded latency measurements:

Running these queries against a standard MySQL database (version 5.7.16) on my laptop (MacBook Pro, mid-2015, 2.2 GHz Intel Core i7, 16 GB RAM) will produced the following output shown below:

Enabling in-JVM-memory acceleration and again running the same benchmarks on my laptop  produced the following result:

The JMH time resolution for latency was not sufficient to measure accurate enough. By running a throughput test with one thread and inverting the result, the average Filter And Count latency was estimated to 1/5,564,678 = 180 ns. This more accurate latency estimate gives an estimated performance boost factor of around 5,000 rather than 10,000.

Enabling in-JVM-memory acceleration can improve performance substantially. In the benchmarks above:

Multi-thread throughput was increased by a factor of:
Complex: 2,700
Filter and Count: 5,300

As an illustration, this means that a compound JVM operation with one million subqueries will have its aggregated data latency reduced from 1 h to 1 second.

For SQL performance, streams were (automatically) rendered to SQL queries. Here is how the rendered Filter And Count SQL query looked like:


There was an index defined for the rating column.

As can be seen, all counting was done on the database side and the stream did not pull in any unnecessary Film objects from the database into the JMH application.

The source code for the benchmarks can be seen here.

In this article, you have learned how to significantly reduce latencies in your data analytics Java applications and at the same time improve throughput using Speedment Free.

The speedup factors are several orders of magnitude.